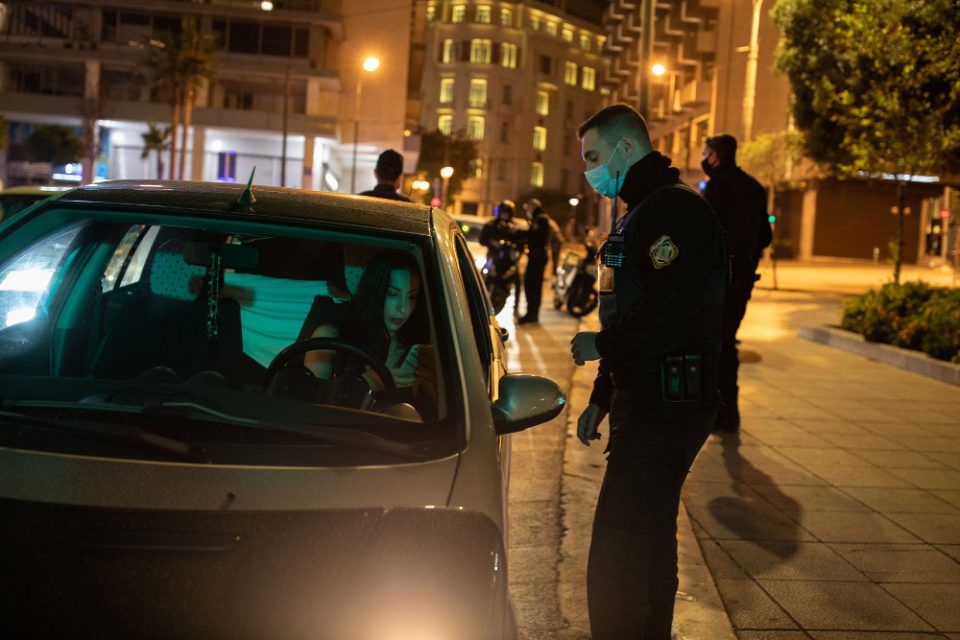 With people from only two families, and with a maximum of nine people in one house, will be able to be celebrated on December 24, 25 and 31, as well as on January 1, in our country.

According to information, the transfer for this year’s “different” New Year’s Eve will be done by sending an SMS with the code 6. However, the ban on night traffic from 10 pm to 5 am, which means that the celebration of Christmas and New Year will not include overnight parties, as is usually the case.

Experts are constantly reiterating the importance of maintaining the festive “bubble”, as the epidemiological situation is particularly critical. Already, yesterday the cases rose again to a four-digit number and 1,240 new cases were announced, as well as 98 new deaths – as of December 1, 1,379 patients have lost the battle for their lives.

According to the measures published yesterday in the Government Gazette, especially for the 24th, 25th and 31st of December and the 1st of January the gatherings will be allowed with a maximum of nine participants, who will be able to come from two families. These clarifications put an end to the confusion and questions that existed in the previous hours about the number of people who will be able to be at the same festive table and if, for example, they are not large families, there may be four couples.

Restricting the gathering of members from two families is considered safe, as if there is a dispersion it will “stay”, if the measures are observed, in two houses and not more. It is noted that experts emphasize the need to follow a “pattern”, ie the same people to be present throughout the festive season and not to alternate groups.

Assistant Professor of Epidemiology, Gikas Majorkinis, in his advice given during the briefing on Monday, specifically stated that in addition to the small number of companies, there should be specific groups of people who will be together at Christmas and New Year.

As mentioned in the Official Gazette, traffic is prohibited after 10 pm, which will not “relax” on Christmas and New Year. It will therefore be extremely difficult for someone to leave their home on Christmas and New Year’s Eve or any other holiday night, as they will not be able to return without justifying why they moved. That is, the festive tables should be moved either at noon or overnight to a friendly house.

Experts, however, are very cautious about following the above instructions and are afraid of collusion with many people in homes. That is why they constantly remind in their public statements the very critical situation in which our country is. The numbers, after all, constantly remind us of that.

After the “window” of optimism that… opened on Sunday and Monday, yesterday’s data announced by EODY prove the resilient transmission chain of Covid-19.

In particular, EODY announced 1,240 new cases of coronavirus, of which 270 in Attica and 232 in Thessaloniki, which continues to show a faster rate of decline of the epidemiological curve compared to the Attica basin.

The pressure in Northern Greece continues. Indicatively, 49 new cases were identified in Imathia, 41 in Evros, 52 in Kilkis, 69 in Kozani, 44 in Pieria. The epidemiological burden is correspondingly high in Thessaly, with Larissa recording 78 new cases yesterday.

The intubated patients, despite being restrained with the new intubations, remain at high levels – 550 intubated yesterday – and the hospitals continue to be tested, despite the small “breath” in the new admissions. In addition, mortality is still high. In a 24-hour period, another 98 patients lost their lives, with the total number of the sad list including 3,785 deaths since the beginning of the epidemic, 1,375 of which have occurred in the last fortnight.