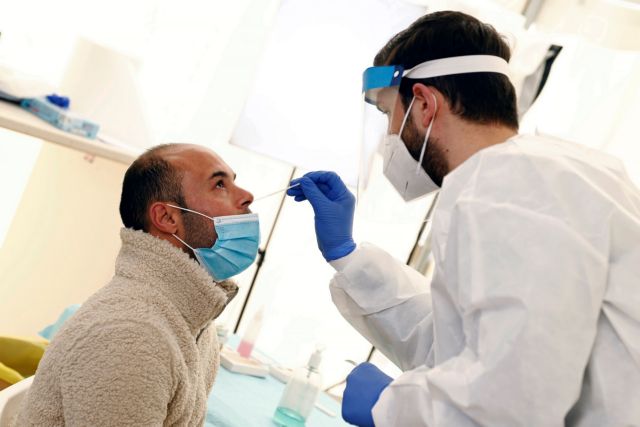 A large increase in coronavirus deaths is recorded today in Italy, as 846 people lost their lives and the number of cases was 14,844 in the last 24 hours. A total of 162,880 diagnostic tests were performed and 9.1% were positive.

Yesterday the new incidents were 12,030 and the dead 491. Since the beginning of the pandemic, 65,857 people have lost their lives in Italy.

Italian media, however, emphasize that in the current number of deaths have probably been added data of patients who died in the past few days.

As for the patients in the intensive care units of the country, compared to yesterday they are 92 less, and 423 less in the hospital wards.

According to the Italian Institute of Health, experts say that it is clear that the number of infections has increased rapidly in recent weeks.

Gianni Retsa, head of prevention at the Italian Ministry of Health, said “the death toll is really dramatic” and added that “once again it is confirmed that in the regions where strict restrictions have been imposed, the number of new cases could be reduced. “