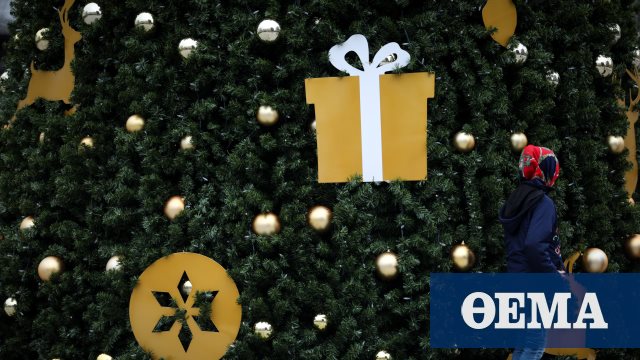 In three speeds is expected to be paid Christmas gift to private sector employees who were suspended work or joined the COOPERATION program due to its pandemic coronavirus.

In particular, businesses will have to pay until December 21 the Gift section for the period during which employees worked normally from May to December based on their nominal wage.

The Ministry of Labor will pay from December 21 the part of the Gift corresponding to the months during which the employees were suspended. The part of the gift will be calculated based on the special purpose compensation of 800 euros for November and based on 534 euros for the remaining months.

The ministry will collect the data of the suspended employees in the closed and affected companies from the “Ergani” system.

However, due to time constraints, it is not possible to process data on employees who have been suspended in month December. For this reason the part of the Gift corresponding to December will be paid to the employees in January.

The Minister of Labor Giannis Vroutsis has stated that the ministry’s aim is to pay the employees in question the remaining gift by vaccination payment from January 12.

Working with salary 800 euros, suspended May, June and July will receive 515 euros from the employer and 206 from the state, a total of 722 euros.

Employees who went on suspension in May or summer and re-enter in November will receive a Gift based on the nominal salary, 534 and 800 euros.

An employee with a nominal salary of 800 euros, suspended in May and November will receive 619 euros from the employer and 169 from the state, a total of 788 euros.

Losses up to 20% will have the employees with a nominal salary over 1000 euros depending of course on the months of suspension.

Insurance contributions (insured and employer or insured) on the Christmas holiday allowance for employees who are suspended and which correspond to the time of suspension are calculated on the employee’s nominal salary or wage and are covered by the State Budget. Gift contributions are determined through Detailed Periodic Statement (APD) submitted by the employer for the Christmas holiday bonus. For the proportion of the Gift corresponding to the period of suspension, the data of the nominal salary or the wage are registered in the DPA, with full or reduced employment or rotating employment based on the employment contracts of private law, indefinite or fixed term.

Giannis Parios: The four sons, the two marriages, the loneliness and the great career