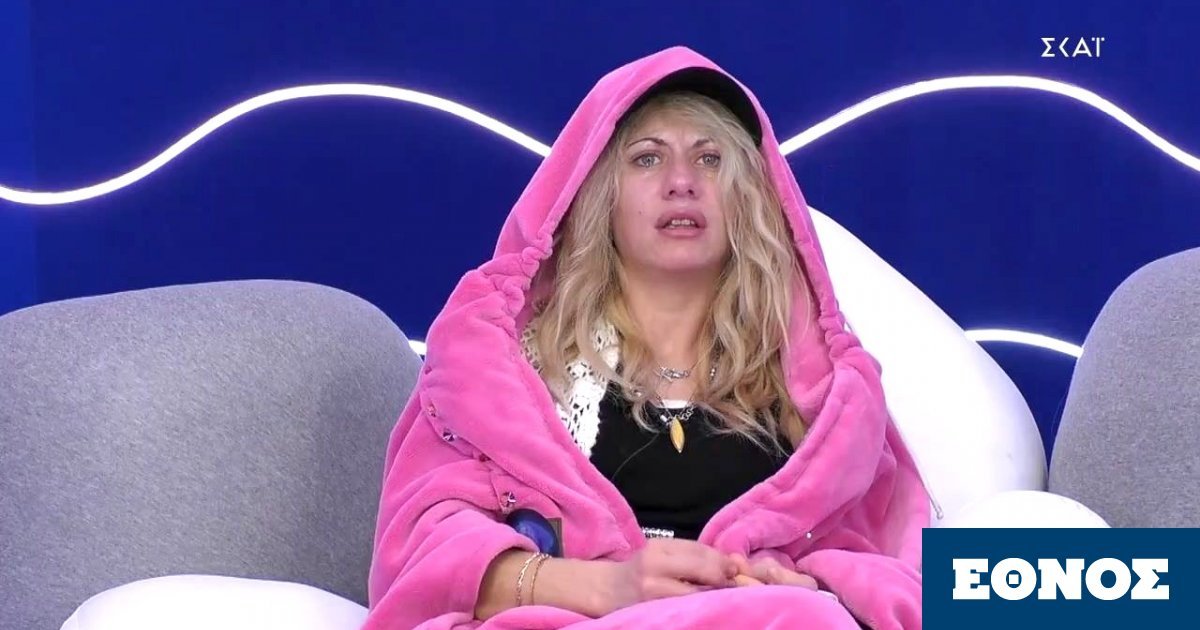 The masks fall at Big Brother’s house just before the grand final for 100,000 euros

Five players are left at the home of “Big Brother” a few days before the long-awaited final of Big Brother, where one will be the winner of 100,000 euros. After his departure Christos Varouxis and Themis Kanellos Zak Ioannidis, Anna Maria Psyharaki, Sofia Danezi, Dimitris Pyrgidis and Grigoris Tsekouras have entered the final straight for the victory. The players are in the sights of Anna Maria, while the masks fall shortly before the final announcement.

Dimitris Kechagias on the show “Happy!” said he predicts the “derby” of the Big Brother final will take place between?Anna Maria, Sofia and Pyrgidis, while reiterating his support for Sofia with whom he came very close to the game.

Anna Maria, who has previously stated “Whoever puts up with me leaves Big Brother»Seems to be at its limits after the departure of Christos. He accuses Pyrgidis of laughing conspiratorially with Sofia and was not upset by the departure of his boyfriend, while looks absolutely disappointed with all the players left at home.

Fierce fight in Big Brother as the players set Anna Maria on the … wall!

THE Sophia, Grigoris and Pyrgidis They commented negatively on her reactions, saying “what else will she do for the 100,000 euros”, while everyone says that she creates tensions on her own in order to have an issue and be shown on the cameras. Even Grigoris reconsidered his view of her and said that she was marginalized on her own. Grigoris is ready to give her a “red card” for her behavior: “Instead of being happy to be here in the top five and with her sword, she does so”.

«We have supported you, none of us voted for you for two months, do not play victimSaid Sofia Danezi while Grigoris commented on the 100.00 euros: “Good food if he wants to get it like that, but I will not feel good at all, inside. I will say “I did not see it, it was in front of me”. Let the world see that if one in a million shows that we have isolated it, it is a lie. It isolates itself and you can not approach it “.

In the show “LoveIt”, footage from tonight’s (15/12) episode was shown. Anna Maria reads a letter from Pyrgidis and reacts coldly, saying: “Too bad your boy is good”.

“Big Brother” is not the first time we met Anna Maria on a TV show, after she had taken part in Alpha’s video game, “Deal”. With the same style and belly, he managed to win the amount of 3,800 euros. The 36-year-old player is from Heraklion, Crete and is a lawyer. Declares honest, spontaneous, impulsive, strict and a little jealous. She has a weakness in her brother, Alexandros, who is a child with special abilities. Anna Maria Psycharaki has been alone for 2.5 years, perhaps because she prefers old men. Although in the game he has shown a weakness towards Pyrgidis. She dreams of her wedding on an island with 2,000-3,000 guests, she is overprotective with the whole world, while she talks and eats a lot. In reality we used to take care of the house, cook and water the plants … even the plastics.