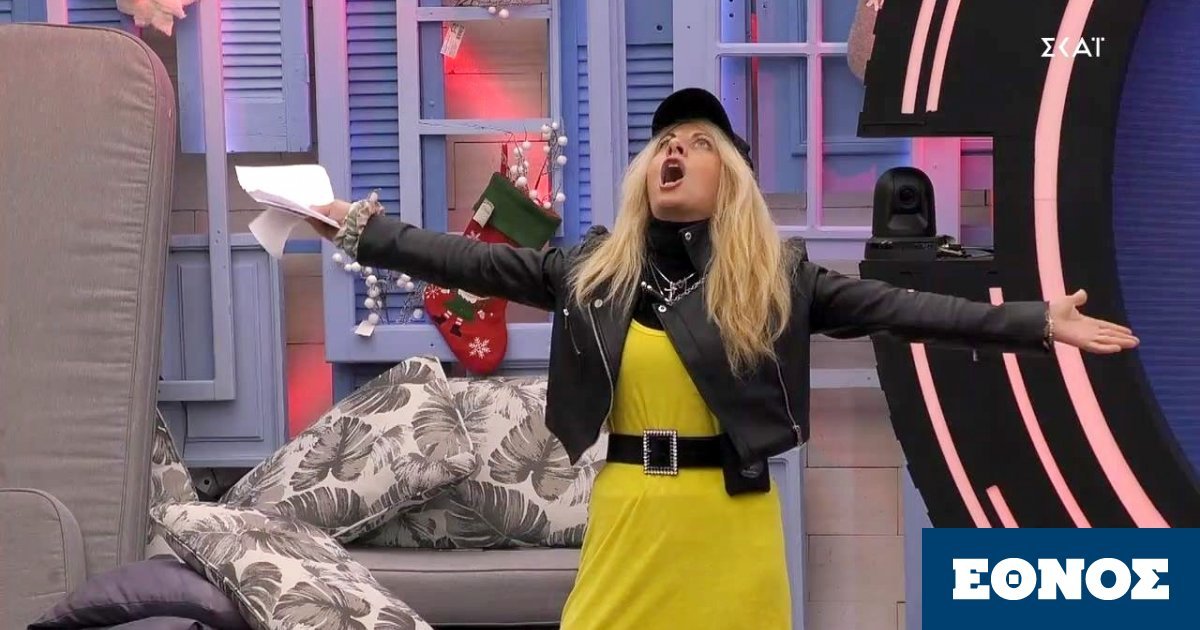 The Friday, December 18 the TV audience will decide who the big winner of reality “Big Brother” in the final for 100,000 euros. Zak Ioannidis has entered the final straight for the victory Anna Maria Psycharaki, Sofia Danezi, Dimitris Pyrgidis and Grigoris Tsekouras. The target of the players of “Big Brother” in the episode of Tuesday (15/12) was Anna Maria, whom everyone now accuses of theatrics and false behavior aimed at “the suitcase” (prize money).

Read more: Big Brother final: They put Anna Maria on the wall – “What else will she do now”

«I have never seen such an actor. Whatever you give her she will play. Well done to herSaid Sophia Danezi about Anna Maria. «Two months I was justifying Anna Maria, not anymoreSaid Grigoris. Dimitris Pyrgidis said “… I made you talk to Christos. I see a person who has turned 100% to the negative. You disappoint us with what you say “. For her part, Anna Maria, furious at everything, shouted at everyone that they were ungrateful because she had done “everything” in the house of “Big Brother” for everyone and no one cared about her.

In fact, the player, who is considered a favorite to win, disagreed with Grigoris and Zak and told them that they do not deserve to be in his final Big Brother. See what he said in the following videos ..

«We have supported you, none of us voted for you for two months, do not play victimSaid Sofia Danezi while Grigoris commented on the 100.00 euros: “Good food if he wants to get it like that, but I will not feel good at all, inside. I will say “I did not see it, it was in front of me”. Let the world see that if one in a million shows that we have isolated it, it is a lie. It isolates itself and you can not approach it “.

In “Happy!” of Katerina Keinourgiou a video of her was shown player from her vacation in Mykonos, while the director of “Mykonos Live Tv” journalist Petros Nazos, who spoke on the show, said that Anna Maria Psycharaki was “thirsty” for publicity long before “Big Brother” and claims that her actress persistently sent messages to include her videos on the channel.

“Big Brother” is not the first time we met Anna Maria on a TV show, after she had taken part in the Alpha video game, “Deal». With the same style and belly, he managed to win the amount of 3,800 euros. The 36-year-old player is from Heraklion, Crete and is a lawyer. Declares honest, spontaneous, impulsive, strict and a little jealous. She has a weakness in her brother, Alexandros, who is a child with special abilities.

Read more: Anna Maria in the blue room with her mother

Anna Maria Psycharaki has been single for 2.5 years, maybe because she prefers old men. Although in the game he has shown a weakness towards Pyrgidis. She dreams of her wedding on an island with 2,000-3,000 guests, she is overprotective with the whole world, while she talks and eats a lot. In reality we used to take care of the house, cook and water the plants … even the plastics.