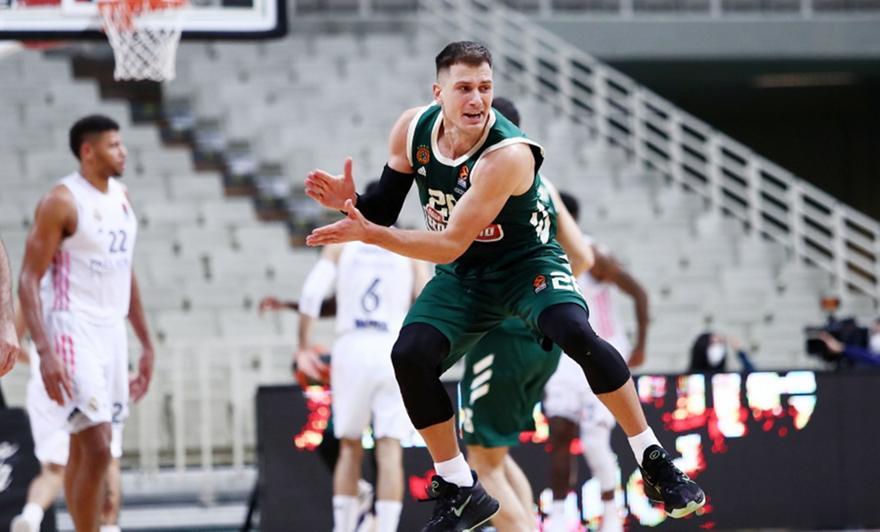 What if Dimitris Giannakopoulos has distanced himself? Panathinaikos is still treated like a black sheep by the Euroleague. And if complaining about refereeing on several occasions in the recent past has served as a good omen for the team’s failures, after what happened on Tuesday night alone it is not unfounded…

The over-effort that the “greens” made on the floor for 50 minutes was not rewarded so much due to some wrong choices in the critical points, but much more due to the decisions of Javor and Lotermozer. There is no need to list the phases, since anyone with vision and basic knowledge of the regulations understands that we are talking about at least 5-6 obvious upside-down whistles, which, no matter how good-natured one may be, cannot be accepted as human error. So it can only be attributed to the… law of the strong, regardless of whether Panathinaikos is only a small size is not historical and although it is at a low point of thirty years it still brings with Olympiakos almost 1/3 of the television revenues in the Euroleague funds .

Panathinaikos chose… devotion in the Euroleague, although it was sought to leave more than ever, but it treats him as a poor relative, now and literally after the drastic reduction of the budget.

In the purely competitive field, Panathinaikos in another match against a much better opponent entered the match with the mentality that it lacked in matches such as against Zalgiris. He appeared from the beginning determined to οντας die fighting for the victory and almost to win but also to… cheer up having many players to submit soul and self-denial, with Papapetrou leading the 44 minutes. The score on the open field in the first and the post up game of Bentil in the second ten minutes kept the “greens” in the match as they threw a ball from the periphery, from the moment that paradoxically the opponent was even more inaccurate from afar. When Nedovic entered the match, Panathinaikos gained a point of reference in the attack, receiving valuable solutions from Papapetrou, Papagianni and at intervals from Mak and Bohoridis. Vovoras’s zone defense short-circuited Real, when it seemed to start rolling aggressively, the “greens” came to hold the fate of the match in their hands, but the lack of clear mind – a consequence of both fatigue and irritability – did not allow them to win a great team and its βοή gray help.

The end of the night finds Panathinaikos angry for the refereeing, disappointed by the defeat and exhausted by the exhaustion for an overrun that did not take place. Managing the already difficult match against the extremely well-formed Alba on Thursday, which under normal circumstances would have been a realistic goal for Panathinaikos to win, automatically becomes much more difficult. At least his people, who could not be in the stands due to a pandemic (I tremble at the idea of ​​how a full OAKA would have reacted to such whistles), applauded him “conceivably” from his home. Because that’s how he wants to see his team, even when he loses. Or rather when they do not let her win.

PS: The Devotion title is of course ironic for the attitude of the Euroleague towards Panathinaikos, but absolutely literal for the life contract that Giannis Antitokoumbo signed with the Bucks. A child who has learned to bond with people and who does not like the lights, showed his devotion to the team that invested in him, even if he did not take care this summer to frame him with the appropriate supporting cast to claim and win the title. John worked more with emotion than with solid professional logic, which would push him to sign sooner or later in a super team, a more commercial franchise and in a big city than the many that had fallen on his feet. He chose to pursue his dream from the difficult path, but this will make his achievement even more memorable, when (and hopefully not “if”) he finally wears the coveted ring.

* On Sunday we say goodbye to SPOR FM, 12: 00-14: 00, with Panagiotis Kefalas. Chat with a lot of basketball, reportage, interesting guests, quizzes. Those who believe in orange, work hard in our company.