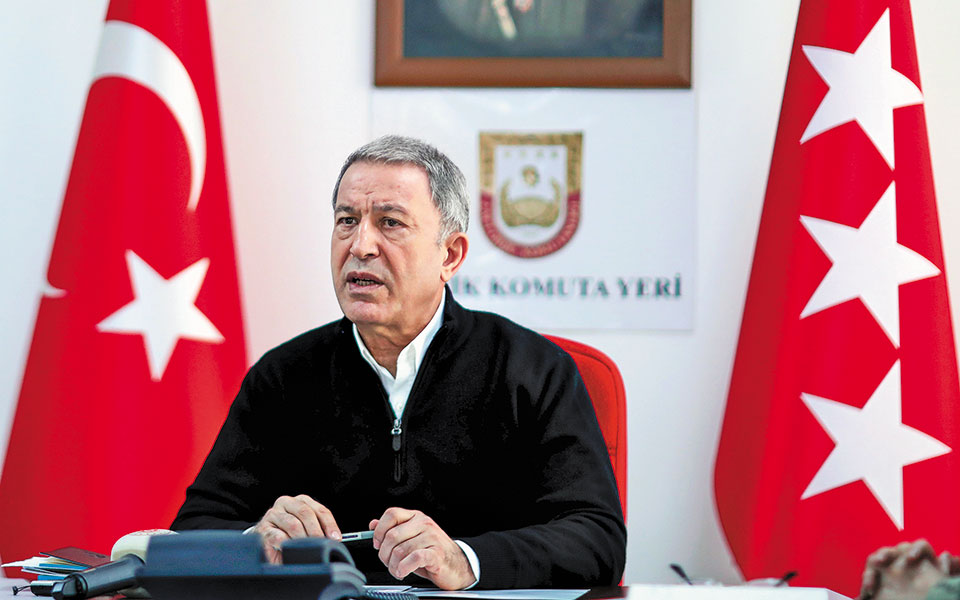 “We will continue to take all necessary steps and proceed normally, as we have done so far, to cover our country’s air defense,” said Turkish Defense Minister Hulusi Akar (AP).

ISTANBUL – RESPONSE. Despite the reactions and statements of Turkish officials, US sanctions have caused a stir in Turkey. Political analysts say that what is striking is that while Turkey, as a NATO member, is being sanctioned by another Alliance country, the only ones who support it are Iran and Moscow! They ask questions about the course that Ankara will follow in the near future.

Turkish Foreign Minister Mevlüt Çavuşoλουlu had a telephone conversation with his American counterpart Mike Pompeo. According to Ankara, Tsavousoglu expressed his country’s dissatisfaction with Washington’s decision. The relations between the two men were strained by the intense dialogue they had at the recent NATO summit.

Journalists and politicians alike have expressed concern that the United States is making such decisions against Turkey in the run-up to the change of presidency, stressing that developments could be worse when Joe Biden takes over the presidency.

Turkish Defense Minister Hulusi Akar condemned the US decision. “This decision has upset all the values ​​of the alliance between our countries,” he said. He did not imply that Ankara would continue the S-400 program normally. “We will continue to take all necessary steps and proceed normally, as we have done so far, to cover our country’s air defense to defend our 83 million fellow citizens and our country, which is seriously threatened by missiles,” he said.

Turkey has received the first batch of S-400s and has carried out test shots. Russian officials say talks are under way to hand over other Russian anti-aircraft systems.

However, Akar said a return to co-operation with the United States “would make a significant contribution to regional and global peace and security”.

Iranian Foreign Minister Javad Zarif has voiced support for Turkey, saying the United States is once again violating international law. “We condemn the sanctions imposed on Turkey. “We stand by Turkey and the Turkish people,” Zarif said.

Russian Foreign Minister Sergei Lavrov has said that US sanctions are illegal and show arrogance in international law.