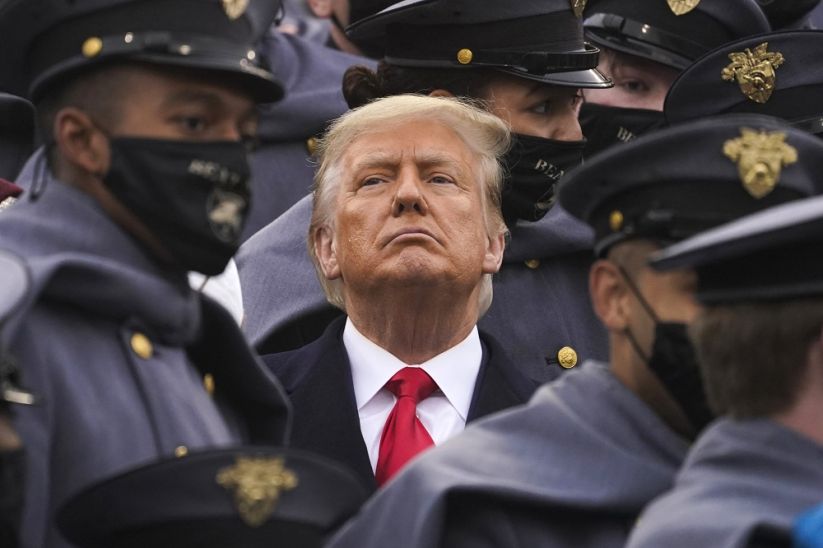 For himself, Donald Trump says he does not like to lose. But the fact that he refuses to accept defeat by Joe Biden in the November 3 presidential election has a different explanation. After more than 50 defeats before American justice, even a Trump should have realized that the election result can no longer be overturned.

When the College of Electors meets today in Washington to elect the next president of the United States, Joe Biden will enter the White House even more certain. Donald Trump’s refusal to publicly admit that he lost the election has to do with money.

Since the beginning of November, supporters of President Trump in every corner of the United States have been receiving emails in the name of Trump from those in charge of the Made America Great Again campaign, to which he states, among other things: I need YOUR HELP. Even five dollars is enough to support the fight for a fair presidential election, in which there were “many irregularities”.

25% goes to the Republican Party

Calls for financial support for President Trump’s supporters and supporters have had a tangible effect. Within a month of the presidential election, more than $ 200 million had flowed into Donald Trump’s campaign coffers. The money went to, among others, the political organizations “Trump Victory” and “Save America”. The emails to the voters imply that the collected money will be used in the court battle against the election result. In reality, however, the Trump camp spent only a small percentage of the cash donations on admittedly failed attempts to overturn Joe Biden’s victory, such as the recount of votes. As of Nov. 23, less than $ 10 million had been allocated for the campaign, according to the US-based FEC, which is responsible for campaigning. The partial recount in Wisconsin, for example, cost three million, which did not bring a single vote to President Trump.

On the official campaign website, donors are informed only in fine print that 25% of the financial support goes to the Republican Party and 75% to the newly formed Save America organization. Only in the case of a donation of more than $ 5,000 is the amount fully channeled into the race to overturn the election result.

“Never before has a former president had so much influence”

“Trump deceived fans who donated smaller sums,” said Brendan Fischer of the Law and Crime news site, which advocates a tighter funding framework for the US election campaign. “President Trump’s misleading allegations of electoral fraud have proved to be a very effective means of raising money, which has benefited both the president and the Republican Party. It is therefore in their interest to continue their campaign. Washington Post journalist Paul Waldman goes a step further: “Trump and his associates knew that a reversal of the election result was impossible and they lied to the world, on which their business model was based.”

“Trump can not use the money raised by Save America for his own campaign or to fund lawsuits,” Brendan Fischer told CBS television. to support like-minded policies or to fund polls, travel and expensive dinners. “

“It is unknown at this time what he will do after leaving the post,” said Donald Trump, a New York Times correspondent at the White House. another former US president “.