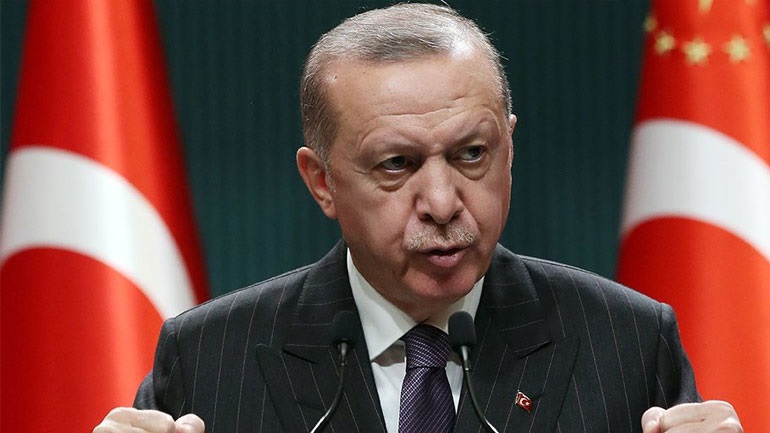 “This is the first time that sanctions have been imposed under this new US legislation on a NATO member state. “So, everyone can ask what kind of alliance this is.”

With this highly aggressive phrase, Tayyip Erdogan began his speech at the inauguration of a highway and referred personally and for the first time to the US decision to impose these sanctions in retaliation for the purchase of the Russian S-400 weapons system from Ankara.

“The aim of these sanctions is to hurt the Turkish defense industry and Turkey’s armaments autonomy,” said Tayyip Erdogan, adding: “From now on, we must work double and triple to achieve our goals.”

Tayyip Erdogan recalled what happened after 1974 in Turkey and the imposition of US sanctions, the famous arms embargo that was then imposed on the initiative of the still young politician Joe Biden. “Other doors will open as they did after 1974,” said Tayyip Erdogan. No one knows, probably not even himself, what he means and whether this means that Turkey is going to get involved in another kind of alliance, with a different orientation and with other partners.

On the other side of the European continent, the always-controversial NATO Secretary General, Mr. Stoltenberg, said as if in a parallel broadcast: “I am very sorry for imposing sanctions on Turkey, a solution must be found.” Admittedly, something is wrong with NATO. It simply recalls the famous saying of Emanuel Macron about the Atlantic Alliance that it is an entity that is clinically dead.