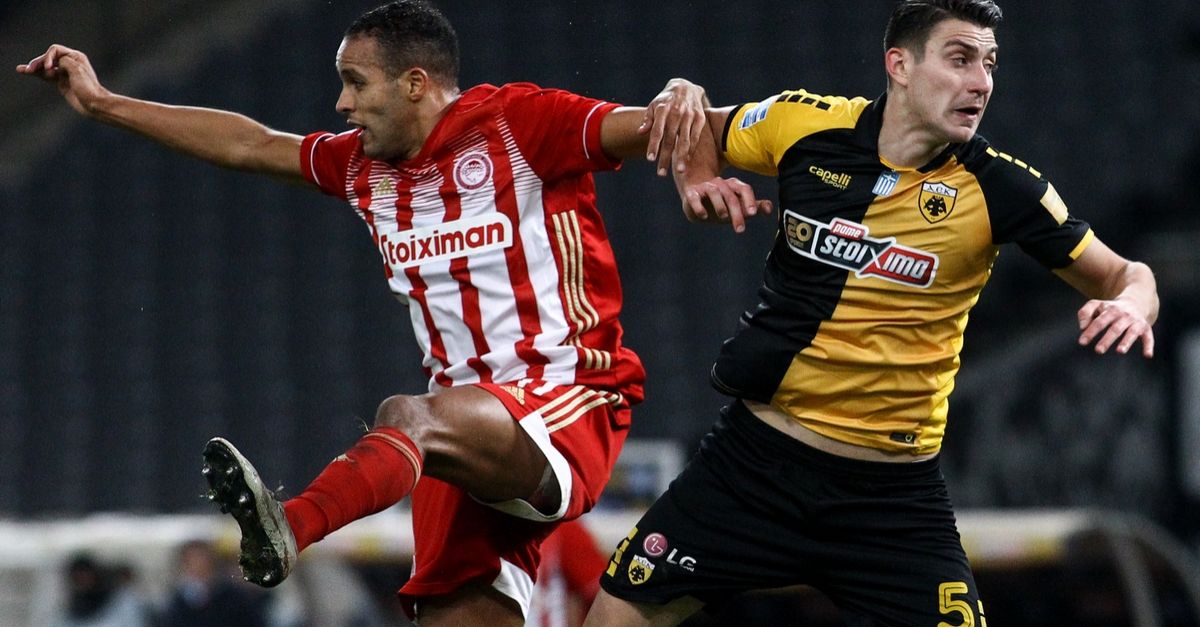 After 45 minutes of play, the OAKA derby between AEK and Olympiakos found the teams at zero. Both from the score and from the spectacle. He also found them equal in the end, having scored from a goal. Goals that came from the way each one individually challenged her luck. And she did not turn her back on them. The faces in the final 1-1 of the derby were not the two scorers. But the two players who took advantage of their specific playing elements to give their teammates a chance to celebrate.

The first half was nothing special, essentially from a good moment on both sides. With Tsintotas saving El Arabi’s header in the 18th minute and Embilas heading away Garcia’s direct corner kick before the ball crossed the line in the 35th minute. Other than that, nothing.

It is a fact and not an excuse, that the field was the No1 opponent of the teams. The grass of OAKA was bad, pieces left every time the players pressed and in the sliding passes they attempted, the ball bounced like crazy, making it difficult to calculate the control for the recipient. Without exaggeration, there should not have been a footballer who played in the derby and did not make at least one ‘chaf’ in the match …

Having conceded goals in its last 10 games, 20 in total (Leicester, OFI, Zoria, AEL, Zoria, Asteras Tripolis, Braga, Panathinaikos, Leicester and Apollon Smyrni in a row), it was natural that AEK’s main concern concerns its inhibitory function in general, against the best attack of the league. Olympiacos, on the other hand, did not want to fall victim to its enthusiasm, nor to give rights to the opponent. So he did not take risks and the low tempo of the derby did not favor him.

During the break, Carrera and Martins made the first corrective moves from the bench, those of the Portuguese coach that changed the flow of the match. Oliveira on the one hand, Kamara and Fortounis on the other. And if in the minds of the other players the logic was swirling that at least he wants you not to lose matches that you can not win, Fortounis was not in the mood to compromise.

A player who often sparks controversy over his name. Such as concerning his value, his mood, his behavior, the necessity or not of his presence in the eleven, the role he should have in the national team. Wherever the truth lies, one is the non-negotiable condition: the quality of the 28-year-old international midfielder.

In the 52nd minute, Fortounis emptied Simoes wonderfully and started the phase that brought the missed opportunity of El Arabi. Three minutes later he was the one who chased a lost pass by Rafinias, he calmly found Bouhalakis and he passed for Vrousai who made it 0-1. Goal that was celebrated in the second year, as it counted thanks to the intervention of the VAR. AEK had an extremely careful attitude on the grass, left the ball to Olympiakos and finally paid for it.

Like Olympiacos paid for its own choice. Martins players made a number of mistakes in defense and these led them to concede many set phases and especially corners in an annoyingly cheap way. And they did it mainly from the right, causing their luck. Because from there, Livai Garcia performs, with an extremely dangerous style. As if they had not seen the way he scored against Apollo … Twice the 23-year-old winger threatened twice in the first half. One more in the second. Olympiacos insisted on setting up the ball, where it was in danger. And he paid for it. With the execution of Garcia and the header – goal of Simoes on the second post, for the 1-1 in 80 ‘. With Sa completely losing the phase again, as in the first part. Only now Embila could not save him, who this time lost the duel to the Portuguese midfielder.

In general, the final result in OAKA seems fair. And as we said due to the choice of the teams to challenge their luck. And she justifies them.