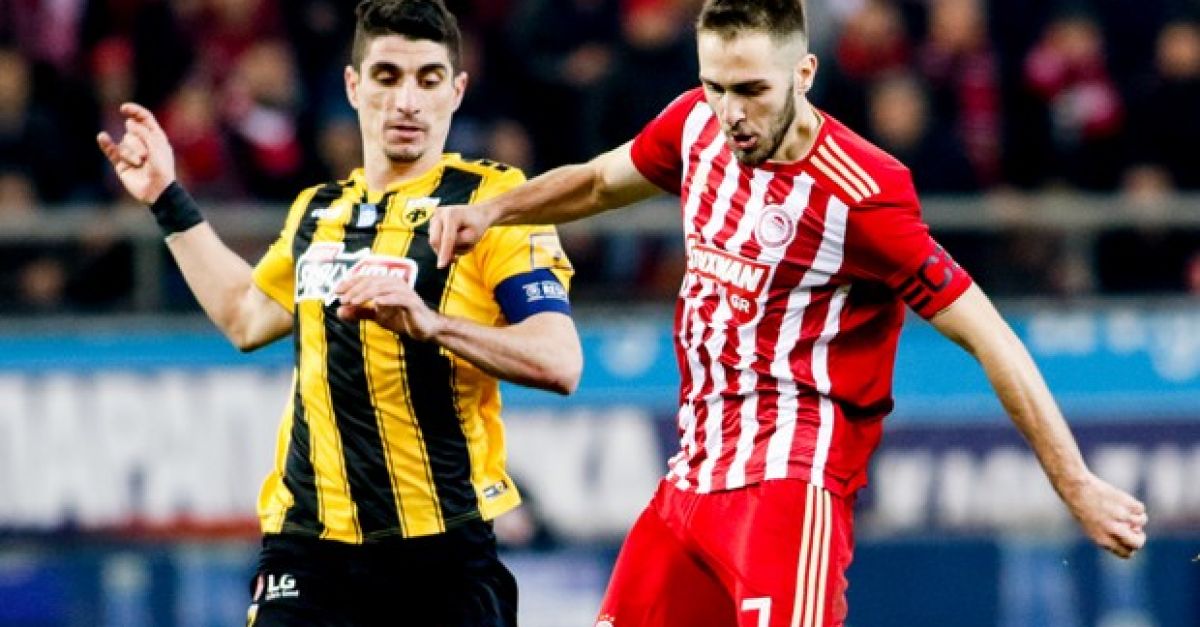 AEK welcomes Olympiakos (19.30, NOVASPORTS 1 HD) in the derby that was set for the first game and was postponed to take place some time later. This moment has come and finds the two teams in different moments.

AEK is in 4th place, troubled by its presence in the Europa League group, by the defeat by Panathinaikos and the competitive issues it has been facing lately.

Olympiacos is at the top, satisfied with its presence in the Champions League group, undefeated with just one draw in the Super League Interwetten. He also has his own issues, but he probably smiles seeing that those of his opponents are bigger.

The look at the score and the results is the casual way to compare AEK and Olympiakos. Of course we will not be satisfied with that, but we will show you how the two teams have reached the derby based on Opta statistics.

THE COMPARISON THAT SAYS MORE THAN THE SCORE

A real comparison of their performance on the grass, in defense and attack. And in order not to tire you with a lot of graphs, we have gathered ten basic categories in one infographic so that you have it all in front of you at a glance.

The differences in colors were made to see more easily which team is superior in each area. However, in this infographic, Olympiacos is superior in everything, which is why its own column is full of yellow.

Martins’ team has more possession (63% -53%), but the most important thing is what it does with it. Olympiacos is the most threatening team in the league, with 1.85 xGoals per game, well ahead of AEK 1.29, which is the third Super League performance, behind PAOK.

At the same time, Olympiacos is the least threatened, with only 0.58 xGoals per game. AEK’s 0.71 is not bad, but it is still the 5th performance of the league: PAOK, Panathinaikos and Aris are less threatened by the Union.

Olympiakos performs more, while the finals that the two teams accept is the only category that AEK is not worse, since it has the same performance as the red and whites, it also accepts 8.1 finals per game.

Of course, the finals of the Union are more threatening, as we saw in xGoals Against.

KING OF GREAT OPPORTUNITIES AND ATTACK

The red and whites are the kings of great opportunities, since they have made 32 (!) In their 10 games in Greece, with AEK having a 20, 3rd performance behind the 22 of Panathinaikos.

It is understood that Olympiacos is in front of the accurate passes in the attack with 107 per game and 70% accuracy in these transfers and has a stronger presence in the opposing areas.

The red and whites have an average of 24 actions with the ball in the opponent’s area, over 19 of the Union.

THE ISSUE IN THE AIR

Finally, the Union is facing a serious problem in air duels, as we saw in a related issue last week. Since then the situation has worsened, with AEK currently winning only 42% of aerial duels, a performance that is the worst in the league.

At the same time, Olympiakos with 60% won duels in the air has the best performance of the championship.

All of the above means that they do not prejudge the result of the derby. After the start whistle, anything can happen.

But they give you an image, a “photo” of how the teams are doing in this derby, of what they have shown in the first ten games of the league.