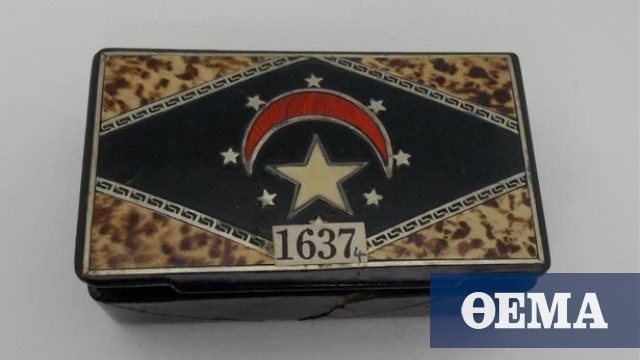 More than 70 years after their disappearance, pieces of wood from Great Pyramid of Giza in Egypt, aged 5,000 years old, were accidentally discovered in a box of cigars at the University of Aberdeen in Scotland, the university announced today.

The piece of cedar wood is one of three objects found inside the pyramid in 1872 by British archaeologist Wayman Dixon. Two of them, a sphere and a bronze hook apparently used for its construction, are in the British Museum, but the trace of the piece of wood was lost.

The 2001 A hypothesis arose: the piece of wood may have been given to the University of Aberdeen (Scotland), but could not be found again.

Late last year, one Egyptian antiquities preserver Abir Elandani, who was looking at the Asian collection, fell into a box of cigars, which bore the flag of ancient Egypt, before realizing that the piece of wood it contained was the lost artifact, which had now been broken into several pieces.

«When I saw the numbers in the Egypt file, I knew immediately what it was aboutSaid the archaeologist.

«I have worked in excavations in Egypt, but I never imagined that it would be here, in the north-east of Scotland, that I would find something so important for my country’s heritage.“, Added Abir Elandani.

When he made his discoveries 19th century, Dixon hung out with Dr. James Grant, who had gone to Egypt to fight cholera, with whom he developed a friendship. With the death of Dr. Grant 1895, his collection was bequeathed to the University of Aberdeen, where he had studied. The 1946, his daughter had donated the cedar piece to the university, but he had not registered it and had not been able to find it again despite intensive research.

Recent analyzes have made it possible to date the piece of wood between 3341 BC and 3094 BC., ie about 500 years before the construction of the pyramid.

They show that possibly the objects that Dixon discovered, the so-called “Dixon heirlooms“, May have been left there by the manufacturers.

According to Neil Curtis, head of museums and special collections at the University of Aberdeen, the results of this carbon dating are a “revelation” that will “certainly rekindle interest in Dixon’s relics and how they can shed light on the Great Pyramid. “

Coronavirus Vaccination: These are the leaflets – What Doctors Will Ask