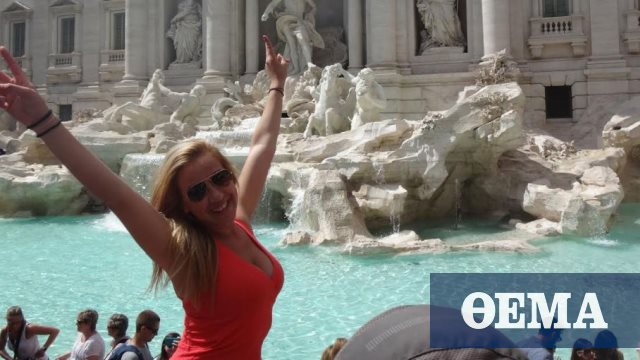 Almost recorded as the first confirmed case of coronavirus in Folegandros. And that’s because the 24-year-old Renoula Papadopoulou got out positive in coronavirus in rapid test by rural doctor of the island and four days later, the result molecular test showed that it is negative.

The result of rapid has happened several times not be identical to the result of the molecular test, which is considered the most reliable.

In those four days, however, her life turned into a real one martyrdom, as claimed by Ρηνούλα Papadopoulou.

The closed society of Folegandros that numbers approximately 600 inhabitants in the winter “punished” their 24-year-old roommate, exerting critical and unbearable pressure on her because … she dared to accompany him grandfather during his transport to a hospital in Athens for serious health reasons, taking care to do a coronavirus test before traveling, as defined in the protocol.

Specifically, last Thursday he went to doctor’s office of the island to do a rapid test. The result showed positive and immediately on the island signaled an alarm.

“I may not have announced the result to anyone, but the news was learned very quickly and so the whole island knew within minutes that the test was positive” says in protothema.gr the 24-year-old, permanent resident of Folegandros. To add: “They started accusing me and slandering me for endangering the health of the other inhabitants of the island, forcing me to burst into tears”.

The mayor of Folegandros Efthalia Papadopoulou issued a statement that the Clinic will be closed for one day in order to follow general cleaning and disinfection, emphasizing that until the official notification by EODY for the confirmation or not of a positive case you do not need panic but calm and compliance with what they have repeatedly stated. “Until then please restrict travel and meetings” concluded her announcement elementary Authority.

At the same time the psychological violence to the face of the 24-year-old continued with undiminished intensity through social media. “In several Facebook profiles they started talking “about a girl on the island who has a coronavirus”, “that I have severe symptoms”, accusing me of being to blame for being stuck, while everyone knows that I had not left the island for a month and a half “she says.

And martyrdom her had no end. “They kept calling me to find out if I had a fever, as soon as they were interested in my health, but what they finally managed to do was drive me crazy. “Now they were pointing the finger at me.”

Constitutes irony the fact that at the time when the 24-year-old inadvertently became the face of the day, no one cared about the suffering her grandfather went through, who had to wait 28 full hours with a broken hip to travel initially to Santorini, to spend the night there and the next day to manage to arrive in Athens for treatment.