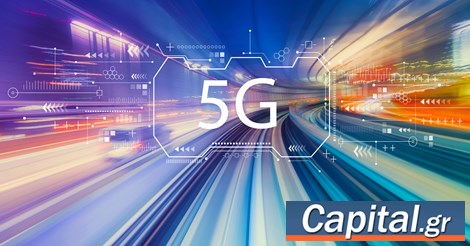 According to information, the revenues from the auction of the frequency band (700 MHz, 2 GHz, 3400 – 3800 MHz and 26 GHz) held today by the National Telecommunications and Post Commission (EETT) amounted to 372 million euros. of telecommunications groups.

It is noted that companies have the right to repay the price by paying nine annual installments with a three-year grace period.

The official announcements from EETT are expected within the day.

With today’s auction, the era of 5G for Greece typically begins. The providers have stated that the commercial operation of the new 5G networks will start from the big urban centers within the first quarter of 2021.

In addition, providers should provide coverage to 60% of the population of Greece in the first three years, while in six years this percentage should have reached 94%.

It is also worth noting that most of the revenue, as is the case with frequency auctions in recent years, will be used to service public debt.

Exceptionally and at the initiative of the Ministry of Digital Government, 25% of the revenue, ie about 93 million euros, will be used to create the Phaistos Fund, which will invest in companies and applications that will develop applications on 5G technology .