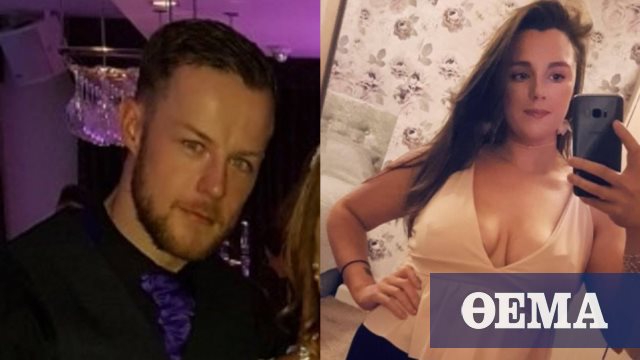 Penalty imprisonment four weeks imposed a court on 28-year-old in love, which crossed the Irish Sea from Scotland in Isle of Man to be able to see his girlfriend.

The reason for the punishment is not his desire to meet with her, but the infringement of rules against coronavirus.

THE Dale McLaughlan he found no other way to visit her than to get one jet ski, who did not know how to drive, and travel fora 4.5 hours, although he initially thought he would only need it 40 minutes. Cause: bad weather. His adventure did not end when he reached the shore as well he had to walk another 15 miles to reach his girlfriend.

The daring incident happened on Friday. The 28-year-old finally managed to reach Douglas, which is the largest city on the island.

The couple met the September, when the young man was allowed to work on the island for four weeks. However, the island follows very strict rules during the pandemic. As soon as he returned to Scotland, the 28-year-old tried to return to see his girlfriend, however the local authorities did not give him permission. So he bought a jet ski and started his journey.

“You put the population and yourself in danger”

The judge even criticized him for his decision, saying that he endangered both the population of the island and himself. The court was informed that The 28-year-old had no jet ski experience and it was pointed out that the emergency services might have been called to rescue him. “This shows the nonsense of your behavior” they told him.

The 28-year-old, who deals with roofing as a profession, met his girlfriend in Douglas bar, when he was on the island. When he was twice denied his return, he decided to take matters into his own hands.

His girlfriend did not know “odyssey “of the 28-year-old and thought he had returned to the island for work. The couple went to the bar they met and then continued their fun.

The police located him and arrested him. He claimed that he had taken a coronavirus test four days before traveling and came out negative, while he asked to take a second test.

«The conditions have been investigated and the Health service is satisfied that there was no greater danger to the public “ announced the police. The 28-year-old stated guilty of non-compliance with emergency regulations entering the island without notice or entry permit.

The defense attorney stated that the client put himself in danger traveling by jet ski in this area, something that most people would not even think about in the middle of summer.

His mother talking to Sun he stated that he knew nothing about jet skiing and that he could not understand why he did it. “He could have been killed” he added.

Strict rules on the Isle of Man

THE Isle of Man has adopted very strict rules for those in its territory, excluding unnecessary travel and imposing 14 day quarantine to incoming.

Those who do not live on the island must complete form and give them approval, before they are allowed to enter.

There have been 373 confirmed cases of coronavirus on the island since March. Only 4 cases are now active and none in the hospital.

Ministry of Education: Extraordinary grant of 16 million euros to universities

Permanent Holy Synod: Satisfaction for the way the temples function during the feasts